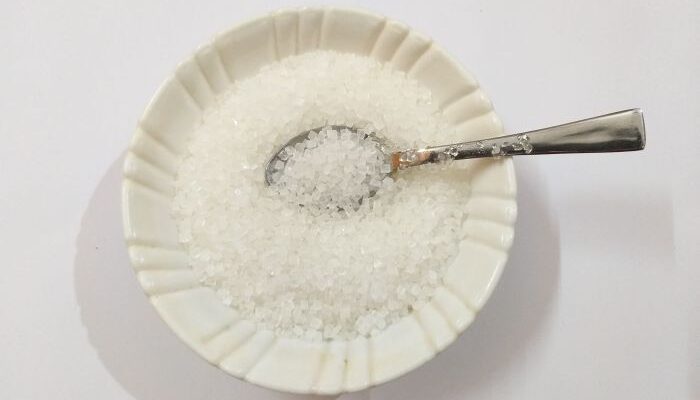 The government has prioritised the availability of about 275 LMT of sugar for domestic consumption, about 50 LMT for diversion to ethanol production and to have closing balance of about 60 LMT as on 30.09.2023

As another measure to balance the price stability of sugar in the country and the financial positions of sugar mills, based on initial estimates of sugarcane production, the Government of India has allowed the export of sugar up to 60 lakh metric tonnes (LMT) during the sugar season 2022-23. Directorate General of Foreign Trade (DGFT) has already notified to extend the inclusion of sugar export under the ‘Restricted’ category up to October 31, 2023, the Ministry of Consumer Affairs, Food & Public Distribution said in a statement on Sunday.

The Central government has prioritised availability of about 275 lakh metric tonnes sugar for domestic consumption, about 50 LMT sugar for diversion to ethanol production and to have closing balance of about 60 LMT as on September 30, 2023. Balanced quantities of sugar produced by sugar mills in the country would be allowed for exports. Since at the beginning of sugar season 2022-23, initial estimates of sugarcane production are available, it has been decided to allow the export of 60 LMT sugar. The sugarcane production in the country will be reviewed periodically and based on the latest available estimates, the quantity of sugar exports to be allowed could be reconsidered, the statement reads.

During sugar season (SS) 2021-22, India exported 110 LMT of sugar and became the second largest exporter of sugar in the world and earned about Rs. 40,000 crores worth of foreign exchange for the country. Timely payment and low carrying cost of stocks for sugar mills also resulted in early clearance of cane arrears of farmers. As on October 31, 2022, more than 96 per cent of sugarcane dues of farmers for SS 2021-22 were already cleared despite record procurement of sugarcane of more than 1.18 lakh crore rupees, the ministry has said.

You may also like to read: Agriculture ministry to set up a division to accelerate agri startups

According to the Ministry of Consumer Affairs, Food & Public Distribution, in the sugar export policy for SS 2022-23, Government has announced sugar mill-wise export quota for all sugar mills in the country with an objective system based on the average production of sugar mills in last three years and average sugar production of the country in the last three years. Further, to expedite the sugar exports and to ensure flexibility to sugar mills in the execution of the export quota, mills may decide to surrender the quota partially or fully within 60 days of the date of issue of the order OR they can swap the export quota with domestic quota within 60 days. This system would ensure a lesser burden on the logistics system of the country as the swapping system would reduce the need to transport the sugar from distant locations to the ports for exports and movement of sugar across the length and breadth of the country for domestic consumption. Further, swapping would also ensure the liquidation of sugar stocks of all mills as mills which are not able to export could swap their export quota with the domestic quota of sugar mills which are able to export more, mainly due to their vicinity to ports. At the end of the sugar season 2022-23, it is expected that most of the sugar mills will be able to sell their production either in the domestic market or in the international market through exports and will clear the sugarcane dues of farmers in time. Thus, the policy has created a win-win situation for sugar mills in the country.

The sugar export policy is an indication of the focus of the Government on ensuring price stability in the sugar sector for the interest of domestic consumers. By restricting sugar exports, domestic prices will remain under control and no major inflationary trends will arise in the domestic market. Indian sugar market has already seen a very nominal price increase which is in tune with an increase in fair and remunerative prices (FRP) of sugarcane for farmers, the ministry said in the statement.

You may also like to read: Stubble management is collective responsibility, says agriculture minister at Pusa Decomposer workshop

Another focus area is the production of ethanol in the country which is a priority area to reduce dependence on fuel imports and to move towards green energy. Higher ethanol prices for producers have already encouraged distilleries to divert more sugar towards ethanol. The sugar export policy is another mechanism to ensure the availability of sufficient sugarcane, sugar and molasses for ethanol production. Diversion of sugar towards ethanol production during 2022-23 is expected to be 45-50 LMT, the ministry further said.

By allowing sugar exports, the Government has also protected the interest of sugarcane farmers and sugar mills as mills will be able to take benefits of a favourable international sugar price scenario and achieve better prices of sugar so that sugarcane dues of farmers in the current sugar season 2022-23 may also be paid timely and working capital costs of mills may reduce due to optimum level of sugar stocks with them. 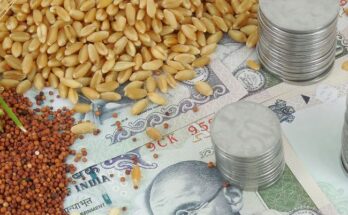