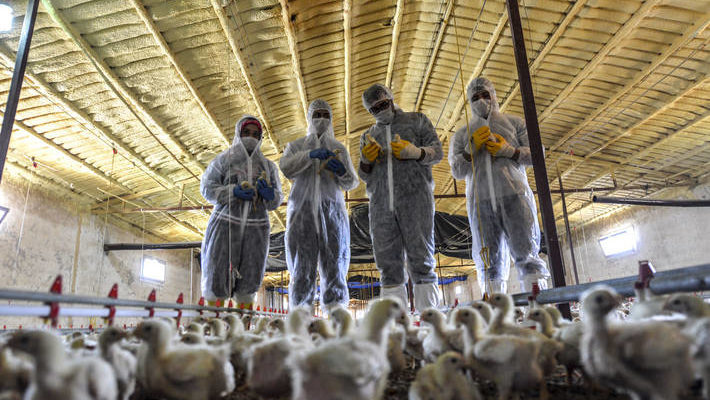 Antimicrobial Resistance (AMR) Trust Fund has a five-year scope and aims to scale up efforts to support countries to counter immediate threat of AMR, arguably the most complex threat to global health

In a major boost to combat one of the gravest risks to global health, a dedicated funding vehicle allowing partners to devote resources to accelerate global action against Antimicrobial Resistance (AMR) was unveiled at a Ministerial Conference in Noordwijk, the Netherlands Wednesday.

The Tripartite – a joint effort by the Food and Agriculture Organization of the United Nations (FAO), the World Organisation for Animal Health (OIE) and the World Health Organization (WHO), launched the AMR Multi-Partner Trust Fund, which is being supported by an initial contribution of US$5 million from the Government of the Netherlands.

The AMR Trust Fund has a five-year scope, through 2024, and aims to scale up efforts to support countries to counter the immediate threat of AMR, arguably the most complex threat to global health.

Antimicrobial resistance refers to the natural ability of bacteria and other microbes to develop resistance to the medicines used to treat them, and the process is accelerated by inappropriate or excessive use of pharmaceutical products designed to kill unwanted pathogens in humans, animals and crops. In particular, the overuse and misuse of antibiotics in human and animal health is fueling resistance.

The rise of AMR, poses a threat described as a “silent tsunami”. Drug-resistant microorganisms now account for an estimated 700,000 deaths a year, a figure that could increase to 10 million deaths each year if no action is taken.

“Combating antibiotics resistance is fundamentally a behaviour change issue. I’m not talking about washing hands more often, but about ensuring antibiotics are prescribed less readily and that work methods are changed to reduce the chance of resistant bacteria spreading,” said the Netherlands Medical Care and Sports Minister Bruno Bruins. “This topic is so important that it deserves to stay at the top of the international political agenda. Countries have made outstanding plans and it’s time now to carry them out. The Multi-Partner Trust Fund that we’re launching today will help us do this because the problem is too big for countries to tackle alone,” he added.

“Unfortunately, borders don’t stop bacteria. But by pooling our efforts and knowledge, we can help each other combat AMR,” said Carola Schouten, the Netherlands Minister of Agriculture, Nature and Food Quality. “There’s still scope for improving the way antibiotics are used in livestock production, too. This conference is an excellent opportunity to engage in dialogue and learn from each other,” she added.

“We all have a role to play to protect the efficacy of antimicrobial agents and the AMR Trust Fund gives us the opportunity to support the efforts of the different sectors at national, regional and global levels,” said the OIE Director General, Dr Monique Eloit. “AMR must be addressed in a One Health approach and supported by long-term commitments from all stakeholders. The OIE is committed to supporting the animal health sector in fulfilling its commitments to ensure that both animals and humans will continue to benefit from available and efficient antimicrobials to treat their diseases for the future.

“FAO is fully dedicated to help eliminate hunger, food insecurity and malnutrition and dedicated to produce safe food for a growing world population in a sustainable way, said FAO Deputy-Director General, Climate and Natural Resources, Maria Helena Semedo. “Antimicrobials are necessary tools to ensure food security, but they need to be used in a responsible way. FAO considers the Multi Partner Trust Fund as a milestone in our Tripartite efforts to reduce AMR” she added.

“This new Trust Fund signals an important new commitment to combat antimicrobial resistance. AMR is a serious challenge to reaching universal health coverage and a threat to achievement of the Sustainable Development Goals,” said Dr Zsuzsanna Jakab, Deputy Director-General, WHO.

Funding appeal
The immediate funding appeal is for US$70 million, to be used to support countries and the implementation of the Tripartite’s AMR Workplan 2019-2020, particularly in providing technical support to countries designing National Action Plans on AMR and to scale up local action.

Prominent among the AMR Trust Fund’s ultimate desired outcomes is a world where infectious diseases can continue to be treated with effective and safe antimicrobials and one in which resistance is monitored and controlled at a slower pace. The pathway to that success entails activities ranging from awareness raising and the drafting of national action plans to surveillance of AMR trends and better ensuring responsible antimicrobial sales and use patterns.

Inaction, due to policy or implementation inadequacies, threatens to make common infections more difficult to treat and lifesaving medical procedures and treatments riskier to perform. Inaction could also raise food insecurity and rural poverty, when animal illnesses can no longer be effectively treated using veterinary medicines.

The AMR Trust Fund to provide a joint mechanism for clear attribution and transparency of all sources of finance, while its activities will be based on the application of best practices, scaling up activities that have worked and innovative approaches to ensure that today’s cures are available for future generations.