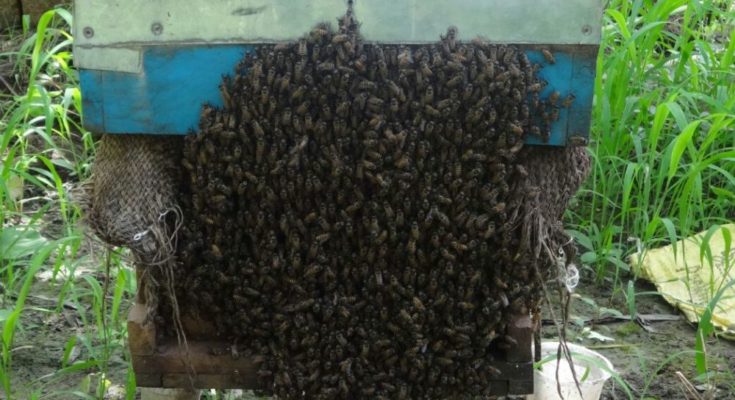 The report says that beekeeping cannot be restricted to honey and wax only, products such as pollen, propolis, royal jelly and bee venom are also marketable and can greatly help Indian farmers

Beekeeping Development Committee, set up by the Economic Advisory Council to the Prime Minister, under the Chairmanship of Bibek Debroy has released its recommendations Wednesday for development of beekeeping sector in India. The report has been submitted to the Prime Minister and has also been placed in the public domain. Some of the major recommendations in the report include,

The committee was constituted with the objective of identifying ways of advancing beekeeping in India, that can help in improving agricultural productivity, enhancing employment generation, augmenting nutritional security and sustaining biodiversity. Further, beekeeping can be an important contributor in achieving the 2022 target of doubling farmer incomes.

As per Food and Agricultural Organization of United Nations (FAO) database, in 2017-18, India ranked 8th in the world in terms of honey production with 64,900 tonnes while China stood first with a production level of 551,000 tonnes. The report mentions that beekeeping cannot be restricted to honey and wax only, products such as pollen, propolis, royal jelly and bee venom are also marketable and can greatly help Indian farmers. Based on the area under cultivation in India and bee forage crops, India has a potential of about 200 million bee colonies as against 3.4 million bee colonies today. Increasing the number of bee colonies will not only increase the production of bee-related products but will boost overall agricultural and horticultural productivity.

One Comment on “Beekeeping may see robust development soon”